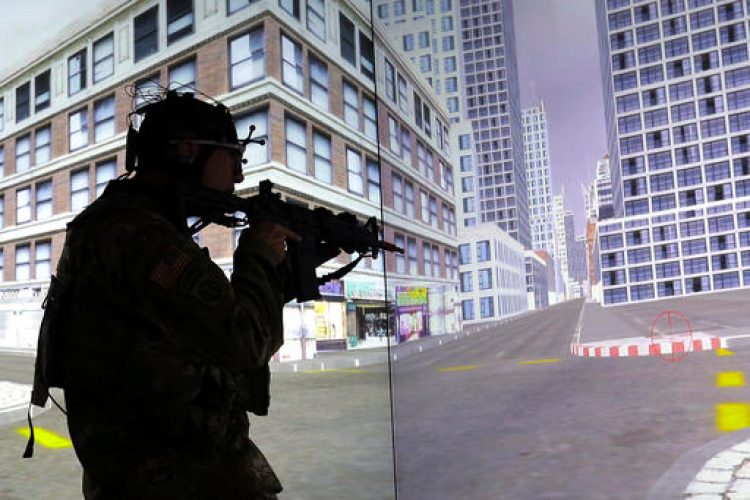 The U.S. Army and Tufts University are working together to learn more about how people think and respond under stress.

Scientists and engineers are figuring out how to measure, predict and enhance people's cognitive capabilities, so they can better solve problems and remember information in high-stakes environments.

The Center for Applied Brain and Cognitive Sciences was jointly founded by the Army's Natick Soldier Research, Development and Engineering Center and Tufts. It's part of the Tufts School of Engineering.

The center features an immersive virtual reality lab where an individual's or a team's neurological, psychological and behavioral responses can be monitored.

A team of soldiers can be placed in a large city environment and told to navigate their way to a meeting point while researchers track how they communicate with one another and distinguish between friends and foes, for example, said Caroline Mahoney, a cognitive science expert for the Army and co-director of the center. Firefighters and SWAT teams will use the lab too.