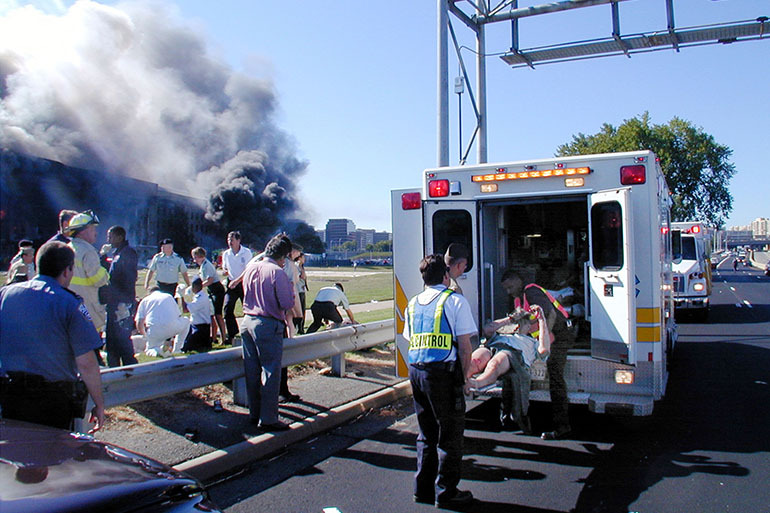 War abroad and carnage at home since 9/11 have taught Americans much about saving lives after violent tragedies. Whether they were hurt in mass shootings or gruesome car accidents, it’s not uncommon for victims to bleed to death on the scene because trained assistance didn’t arrive in time to help them.

But one of the most powerful initiatives in trauma care in the past 15 years might make a difference.

Across the country, a public safety campaign is underway to teach both first responders, such as police officers, and average citizens how to stop trauma victims from bleeding to death. United under the banner of a White House-led public safety campaign called “Stop The Bleed,” federal agencies, major health care and law enforcement trade associations, local governments and some companies are backing the effort.

The national push for broader training is “a direct descendant of the 9/11 experience,” said Oscar Guillamondegui, medical director of the trauma intensive care unit at the Vanderbilt University Medical Center.

Better medical supplies and devices — perfected under combat conditions by the military since 2001 — combined with a first-aid technique once done only in hospitals are playing leading roles in helping grievously wounded people when time matters most.