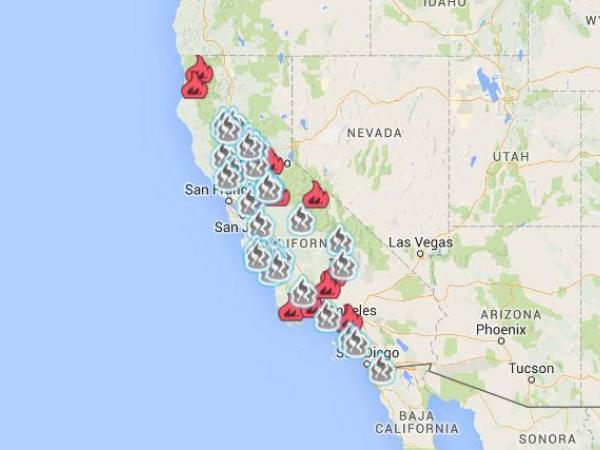 Cal Fire is continuing to build containment on several large fires burning in the state Thursday.

According to the state's firefighting agency, more than 3,600 firefighters are assigned to 10 major wildfires across the state. That's slightly less than Wednesday's 4,000.

Though crews do have the upper hand on most of the incidents in the state at this point, officials warn that the chance of new fires will increase as winds pick up in parts of the state.

"Mild temperatures have given firefighters the opportunity to gain the upper hand on containing five large fires over the past couple of days," Cal Fire Spokeswoman Lynne Tolmachoff said Thursday. "Temperatures will continue to remain below normal, but high winds and low humidity is expected in the northern and central portions of the eastern Sierra on Friday, increasing the chance of new fires."