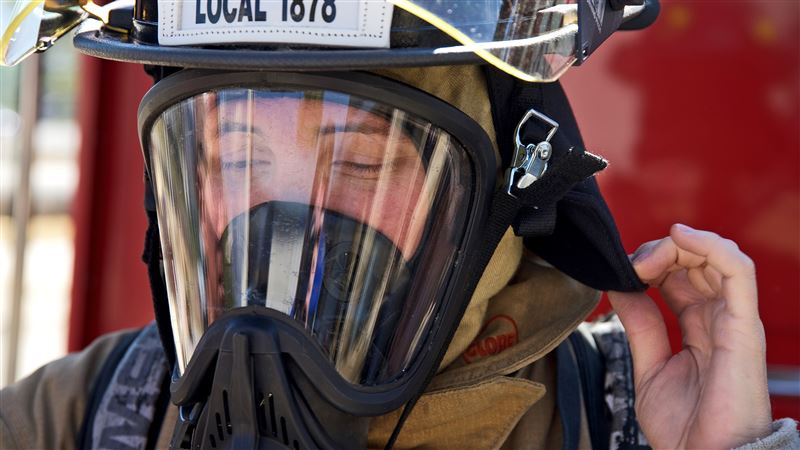 Not everyone understands what it takes to be a firefighter.

That changed Friday for a dozen community representatives during training organized by Weber Fire District and the International Association of Firefighters Local 1878.

At the fire district building, green smoke billowed out of a car as West Haven Mayor Sharon Bolos and three others slowly walked forward in hazmat suits. Mimicking the scene of an attempted chemical suicide, the group had to quickly and safely decontaminate the victim and then themselves.

It wasn’t easy with the air tanks, gas masks and full-body suits encumbering their movements. Several firefighters stood nearby giving instructions and encouragement as the group completed the task.

“I didn’t realize how claustrophobic it was, how heavy the equipment was,” Bolos said as she was assisted out of the full-body suit.

The hazmat suit or firefighter turnout gear can add up to 80 pounds on its own, said Weber Fire Capt. Krista Horting. “Then you add the tools you need on top of that, it’s hard work,” she said.