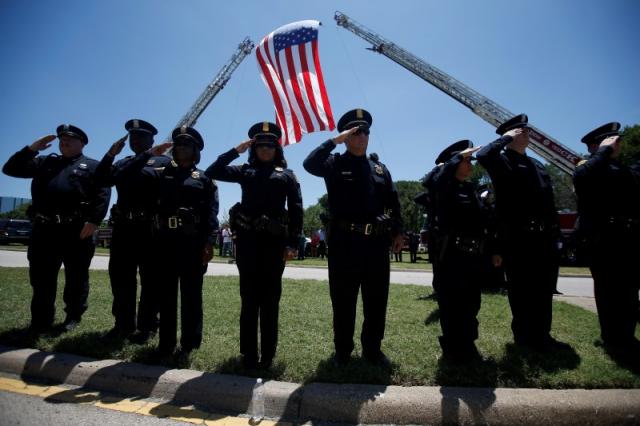 The Dallas Police Department, which was struggling to recruit officers, has seen a surge in job applications after the ambush shooting this month that killed five officers and brought global attention to the Texas city, officials said on Friday.

During the 12 days following the July 7 shooting, the department said it got 467 job applications, a 344 percent increase compared with the 136 in a similar period in June.

That is an average of 38.9 requests per day to become a police recruit compared with an average of 11.3 submissions a day for 12 days in June.

In recent months, the police department has had to cancel academy classes because there were not enough applicants.

Potential officers in the north Texas region have often opted for departments in fast-growing cities surrounding Dallas where starting pay is typically higher than in Dallas.

Dallas Police Chief David Brown put out the call for new recruits at a news conference last week where he spoke of the deaths of five officers and the actions of others to save lives at a rally in the city in the incident that marked the deadliest day for U.S. law enforcement since the Sept. 11, 2001, attacks on the United States.