Skip to main content
Home > Articles > DEA to Cops: Fentanyl can Kill You Too 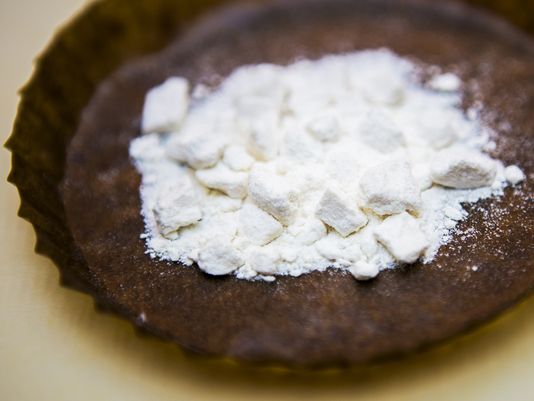 The Drug Enforcement Administration is cautioning police throughout the nation about their handling of suspected drugs after two New Jersey detectives were poisoned by accidentally inhaling a small amount of the highly potent painkiller fentanyl.

The opioid that's often used to cut or substitute for heroin and sold on the streets is increasingly responsible for overdose deaths across the country, including in Greater Cincinnati and Northern Kentucky. A DEA video being circulated by police in recent days includes the two New Jersey officers' experience with fentanyl, which can be 30 times to 50 times stronger than heroin. The Enquirer is not identifying the officers, who, according to a DEA official, work undercover.

In the video, one detective said he closed a plastic bag with suspected fentanyl and, by habit, forced air out of it.

"A bunch of it poofed up in the air," he said. "It was a very miniscule amount."

He and his partner were overcome by the effects of the opioid, which is often prescribed to alleviate end-of-life or cancer pain.

“I thought that was it. I thought I was dying," the other detective said. "It felt like my body was shutting down.”