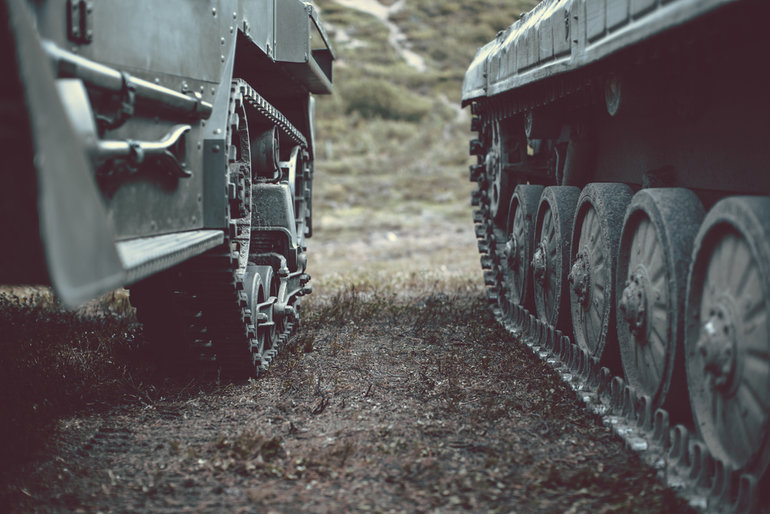 Drones may soon have the capability to save thousands of lives each year by detecting terrorists’ improvised explosive devices and active land mines from long-ago wars thanks to innovative technology developed at the University of Wisconsin-Madison.

The proven detection technology that also can detect chemical and nuclear weapons and drugs was successfully miniaturized and designed to fly on small unmanned aircraft by Fusion Technology Lab graduate students about five months ago, according to Jerry Kulcinski, an emeritus professor of nuclear engineering and the lab’s director.

“They did something that has never been done before,” Kulcinski said.

The centerpiece of the system is a fusion device that paints a target area with neutrons. Then sensors look for gamma rays or other particles with the signatures of specific materials such as explosives or a nuclear device. It’s the same technology used at security checkpoints to scan luggage and shipping containers in airports, but the breakthrough for the UW-Madison scientists was making the radiation source small enough to mount on a drone.

That added mobility makes the technology a potential game-changer: Military convoys could be alerted to roadside bombs. Rescuers could dig directly toward people buried by earthquake rubble. Valuable mineral deposits could be mapped.

Kulcinski, an internationally renowned scientist and longtime adviser for NASA, believes it’ll take about a year to get the system into the field — if they can find a company to buy it or fund it to completion.

“In a very practical manner, I think this can be a tremendous tool,” said Col. John W. Weidner, who helps manage the U.S. Department of Energy’s National Nuclear Security Administration. “From what I’ve read, its applications are only limited by the imagination of the user.”

Weidner, who is part of a team that manages the U.S. nuclear weapons stockpile, envisioned scenarios where the United Nations would use the drones in Syria after hostilities end there to verify whether all its chemical weapons were destroyed, or in Iran to determine whether that country is making nuclear weapons.

“I see all sorts of different opportunities if this can be adopted by the appropriate agencies in our government,” he said. “Intelligence agencies could find in a relatively passive, relatively quiet, no-person way what materials are in particular locations. That could be very powerful to them.”