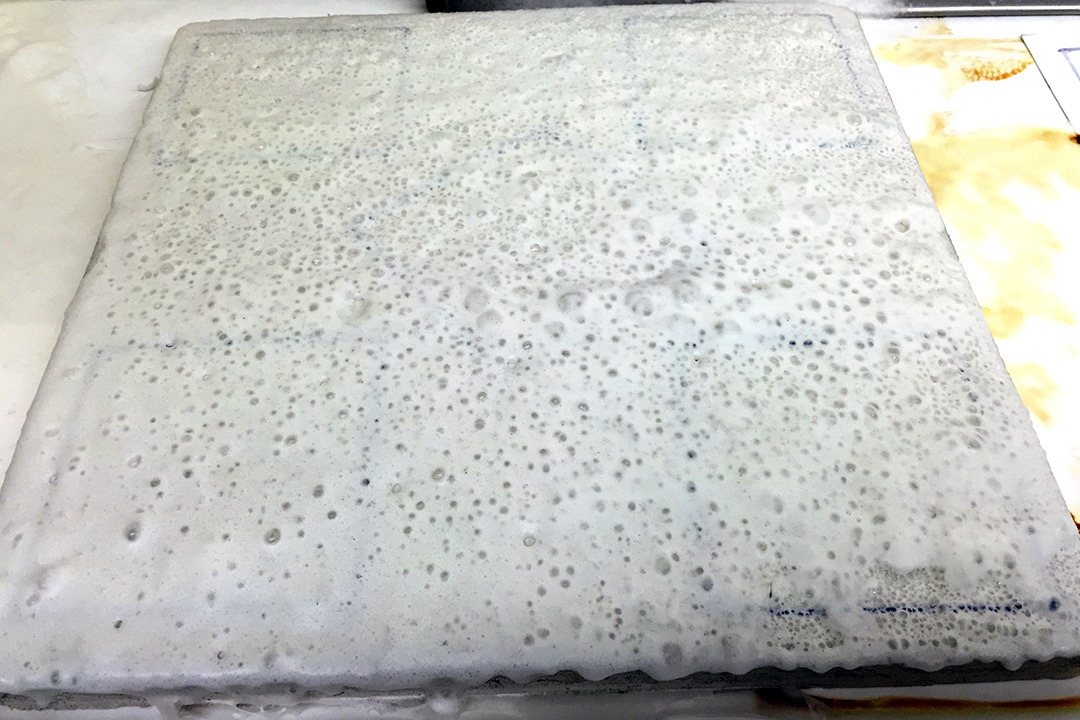 Removing chemical, biological, radiological, and toxic contaminants from a range of surface types could be as easy as peeling off a sticker thanks to research conducted by scientists at ECBC and industry partner CBI Polymer.

Jointly, ECBC and CBI Polymer researchers explored how a HydroGel can be modified to decontaminate surfaces contaminated with biological agents such as spores of Bacillus anthracis, which are capable of causing anthrax disease in humans and animals.

HydroGel is a biosynthetic polymer that can be sprayed, painted or poured on a surface. HydroGel then dries into a film, which can be peeled away and disposed of with little to no threat to the environment or the operators. The peeled gel does not generate any water waste and traps any toxic contaminant, such as biological spores, which removes the threat of the agent reaerosolizing. Conventional decontamination methods involve spraying soapy water and liquid sporicidal agents, which generates a high volume of wastewater that could flow into drains and be added to the environment or be otherwise difficult to safely collect and dispose of. These methods also pose a threat to the operators if residual waste gets sprayed on them.

CBI Polymer created HydroGel to remove toxic material from hard surfaces in an industrial setting. The ease of use, safety and significantly reduced burden to the environment caused ECBC scientists to explore if HydroGel could be applicable as a sampling tool for biological contaminants on surfaces. In 2013, ECBC entered a Cooperative Research and Development Agreement (CRADA) with CBI Polymers to create modified HydroGel formulas that could decontaminate biological spores. Led by senior research biologist Vipin Rastogi, Ph.D., ECBC researchers developed two advanced formulas, called DeconGel, that can successfully decontaminate multiple surfaces of biological agent.