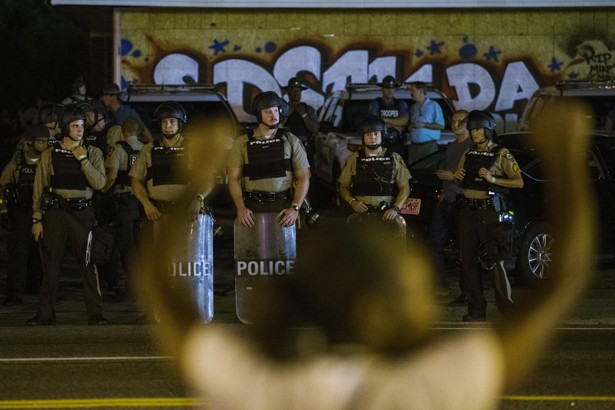 There has been no shortage of surprising and disturbing revelations since the nation’s focus landed on police violence, following the August 2014 shooting Michael Brown in Ferguson, Missouri. One of the most stunning discoveries was how little was truly known about police shootings of civilians: There was simply no reliable record. Although an old law theoretically mandated reporting, it relied on states volunteering information they often didn’t gather in the first place.

Even FBI Director James Comey was flabbergasted. “It’s ridiculous that I can’t tell you how many people were shot by the police last week, last month, last year,” he said earlier this year. Two newspapers, The Guardian and The Washington Post separately undertook major projects to track violence. Both have produced invaluable archives requiring immense amounts of work; it is telling of the need for a centralized collection that they chose slightly different metrics, and as a result have two different databases. Two senators proposed a bill to force better data collection, though that bill seems to have stalled out.

Now the FBI tells the Post it will begin tracking police shootings, calling the lack of existing information a “travesty."

The new effort will go beyond tracking fatal shootings and, for the first time, track any incident in which an officer causes serious injury or death to civilians, including through the use of stun guns, pepper spray, and even fists and feet.

“We are responding to a real human outcry,” said Stephen L. Morris, assistant director of the FBI’s Criminal Justice Information Services Division, which oversees the data collection. “People want to know what police are doing, and they want to know why they are using force. It always fell to the bottom before. It is now the highest priority.”