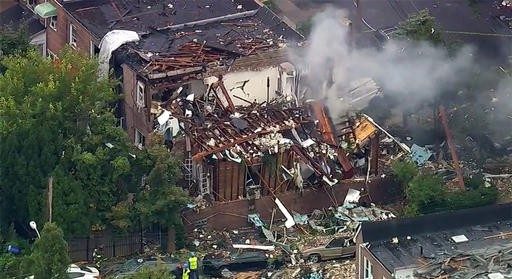 A firefighter who responded to a report of a gas leak Tuesday morning was killed in a house explosion shortly after authorities discovered what appeared to be a drug lab.

The Fire Department of New York confirmed the firefighter's death shortly after the Bronx explosion.

The mayor's office had tweeted that the mayor and fire commissioner were at the hospital.

Authorities said firefighters had gone to a two-story private house to investigate a report of a gas leak. The firefighters discovered what they believed to be a drug lab and notified police. The house exploded shortly afterward. Images from the scene showed much of the house gone and debris on the street and covering parked cars.

Police said six officers were taken to a hospital with minor injuries.