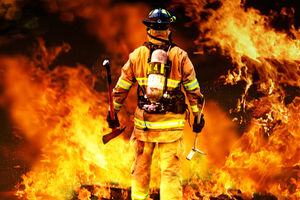 Firefighters may face a higher risk of heart disease than do other emergency responders, a small new study finds.

In the study, the researchers looked at heart disease risk factors such as blood pressure and body fat levels in firefighters, paramedics and police officers, and found that firefighters had the highest risk.

The firefighters had, on average, a 2.9 percent chance of having a heart attack in the next 10 years, based on their risk factors, the researchers said. For comparison, the police officers had a 1.8 percent risk on average, and the paramedics had a 1 percent risk. [Heart Disease: Types, Prevention & Treatment]

This result was surprising because the study also found that firefighters were the most physically active of the three groups of emergency responders, the researchers said.

Previous studies have found that emergency responders generally have high rates of poor health, potentially due to the increased levels of obesity and stress, combined with lower activity levels that are common among those who do this type of work.

The researchers of the new study wanted to get a better understanding of emergency responders' baseline health, said Kelsey Moody, an exercise physiologist at Baystate Medical Center in Massachusetts and lead author on the study. Moody presented the study on Tuesday (Nov. 10), here at the American Heart Association's Scientific Sessions meeting.