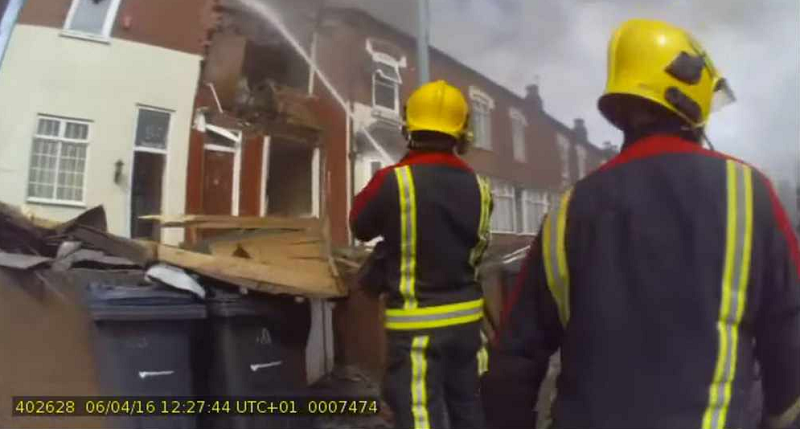 Firefighters in the West Midlands will use body-worn cameras from next year. The cameras will be used by officers in charge of incidents but they will not be used to deter crime. Firefighters will instead use the footage to support training, and to develop fire prevention and safety activities run by the service.

A total of 75 of the devices have been ordered from supplier Edesix and training for frontline firefighters using the devices will start before the end of the year. The cameras were worn by firefighters when they were called to a gas explosion at a house near Smethwick. The footage showed a firefighter running from the terraced home’s back garden to brief other emergency workers.

Watch Commander Gemma McSweeney, who is managing the project, said: “We’re committed to operational excellence and providing the best possible response and service to the communities of the West Midlands. These cameras will play a key role in helping our firefighters and incident commanders be the best they can be.