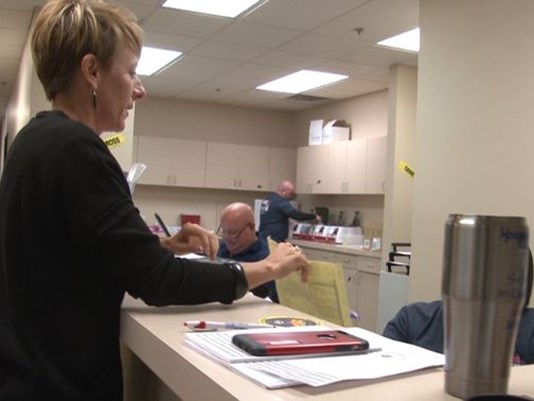 Firefighters and police officers routinely run toward trouble when others are running away, but that stress takes a toll on their health.

The average life expectancy of a police officer is 10 years less than the average American, according to research done by Dr. John Violanti.

Heart attacks, not burns or injuries, are the No. 1 cause of on-duty death in firefighters.

What is scarier still is that many of police officers and firefighters don't even know they have a heart problem.

"Sixty-eight to 86 percent of the heart attacks that happen will be missed by traditional testing models, so if they go in for typical treadmill test, it might not pick it up." said Kepra Jack, owner of Heart Fit for Duty, a local medical practice and wellness program specializing in first responders.

Jack and Megan McCarthy opened up the clinic about five years ago when they noticed an alarming trend in the firefighters they were treating.

"We had three firefighters die on the job within 18 months," said McCarthy.

When they started doing research they were surprised at what they learned.

Since so many of these first responders are young and fit, their heart conditions often go undiagnosed.