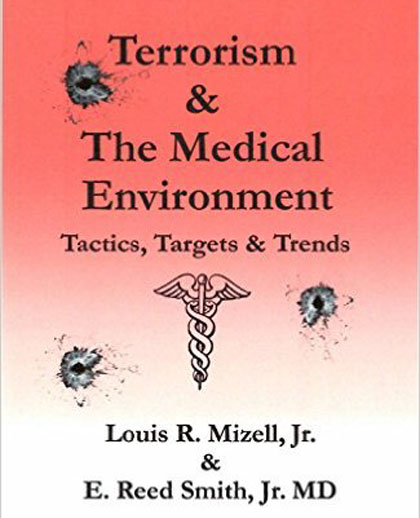 The largest and second largest hostage-taking events in modern history did not take place at embassies, airports, government buildings or religious facilities; they both occurred inside public hospitals.

On the second day of the historic siege, Shamil Basayev, the leader of "Allah’s Warriors" (aka the "Wolves of Islam") demanded a press conference that Russian authorities staunchly refused. But when a terrified hostage was ceremoniously marched out of the hospital and brutally executed at point-blank range ... and a second, third, fourth, fifth and sixth hostage met the same fate, authorities suddenly changed their minds and agreed to the televised media extravaganza. If Russia had not consented to the demands, hostages would likely have been sacrificed, one-by-one, until 1,648 corpses lay stacked on hospital grounds.

On Sunday, June 18, the fifth day of the crisis, the Russians conceded on live television to cease combat operations in Chechnya and to provide safe passage home for Allah’s Warriors. The bloody six-day hospital takeover resulted in 247 people killed, 414 men, women and children wounded, and the theft of medical supplies, radioactive isotopes and possibly even deadly biological agents. Succeeding in his mission, Basayev became the "Hero of Budennovsk" to his fellow Chechans and proved that sometimes, despite our denials, terrorism works. The war was stopped, if only temporarily, and Russia was forced to the negotiating table.

Setting an ominous precedence for the worldwide hospital and healthcare community — a targeting that continues even two decades later — at least four more Chechen attacks in 1996 alone involved medical personal and facilities. The incidents included the brutal murders of six Red Cross nurses and other employees at a hospital in Chechnya, the worst premeditated attack in the 133-year history of the International Committee of the Red Cross.

When most people think of "terrorism," they generally conjure up images of airplane hijackings, kidnappings or assassinations of public figures, and the bombing of embassies, government facilities, religious groups and military bases. Most people do not normally view hospitals and the medical environment as major terrorist arenas. But there is something dangerously wrong with our world view; perception is at odds with reality.

The sad reality is that many of the deadliest terrorist bombings in recent years have occurred in the healthcare industry. Terrorists are increasingly using varied forms of the "double bomb" and "unwitting accomplice" tactic in the medical environment. When a doctor unknowingly transports a bomb to a hospital in the trunk of his car or an ambulance driver unknowingly transports a concealed bomb to a rescue site, they both become unwitting accomplices for the terrorists.