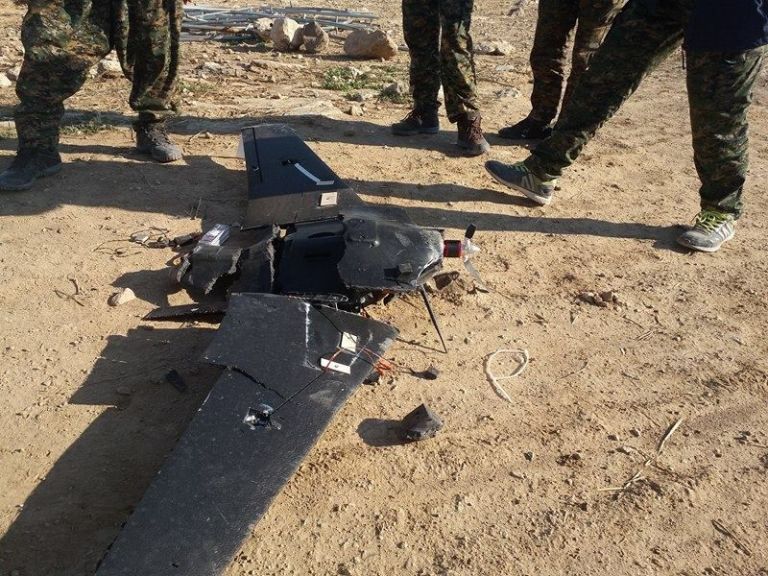 An unconfirmed report from Syria suggests that ISIS has started using small drones packed with explosives as weapons. The first attack was a failure, but if the report is accurate, then it signals a dangerous new terror threat.

The report showed pictures of the remains of a homemade attack drone. It was apparently shot down, along with a second drone that exploded, by Kurdish YPF ("People's Defence Units") fighters in Syria. The caption says that both drones carried explosives, and that no YPF fighters were injured in the incident.

Unlike many jihadi groups, ISIS has proven itself tech-savvy—the organization is known for its use of social media, for instance. This latest development is not surprising, as it follows a long history of drone usage. In late 2014, during the battle for Kobane, ISIS started using footage taken from drones in their propaganda videos. Around the same time, ISIS started using quadrotors for battlefield reconnaissance. A number of them, mainly DJI quadrotors, were reportedly shot down or captured by Kurdish fighters, according to a news report from December 2014. These drones were apparently used as artillery spotters, finding targets and correcting the fall or fire for mortar crews.

By early this year, ISIS drones had become important enough to be targeted by U.S. airstrikes. A CENTCOM report in March mentions that "Near Fallujah, an airstrike destroyed an ISIL remotely piloted aircraft and an ISIL vehicle."

"We observed it flying for approximately 20 minutes. We observed it land. We observed the enemy place it in the trunk of a car and we struck the car," according to Pentagon spokesman Colonel Steve Warren. Warren described the drone as "a model airplane" and "commercially available, remotely piloted aircraft, really something anyone can get." Another ISIS drone ("remotely piloted vehicle") was destroyed in an airstrike in June, and a third in August.