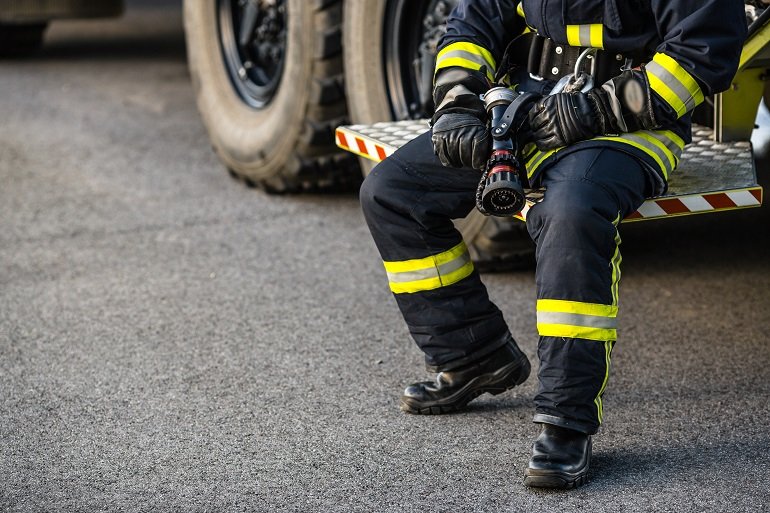 It was mid-afternoon, on the first day of deer season and Chief Joe Tuckey of the Tecumseh, MIch., Fire Department was multitasking, furiously, in his office.

He shuffled through paperwork, answered residents' phone calls requesting burn permits to get rid of some of the fall foliage they'd collected over the weekend, and even opened the station's front door to greet a traveling salesman pitching firefighting equipment. Approximately 10 minutes prior, Tuckey drove one of the city's two bright yellow fire trucks back to the station after responding to a burning Chevy Blazer that was threatening the house it was parked in front of. And, had it not been for Tuckey, three Tecumseh paid-on-call firefighters who left their deer blinds to answer the call, some Tecumseh police officers and mutual aid from the Raisin Township Fire Department, the blaze could have cost the homeowner - and possibly neighbors - more than a fire-damaged garage door and a roasted, 15-year-old, spontaneously combusting SUV.

Usually for such calls at his mixed full-time and paid-on-call department, Tuckey, who has served the department since 1986 and as chief since 1993, would have eight to 10 firefighters responding.

"Today it was unusual because it's deer hunting and I know they're all out in the woods. And that's why I called Raisin right away, because I knew that I was going to be short." Tuckey said.

Mutual aid calls are not unusual, Tuckey said, noting that the day before, his department had assisted Raisin with a car-train collision.

"I would normally have a second guy with me on my shift up until 1 o'clock. But he's hunting, so I was down a man already today," Tuckey said. "But that's just the nature of the beast. We adapt. I mean, I call Raisin, I can call Clinton, I can get any number of departments."

While deer season had made the day difficult for Tuckey, veteran firefighters nationally have all been grumbling about the same problem in recent years - it's just harder to recruit and maintain enough volunteer or paid-on-call firefighters and get them to respond to calls, than it used to be.