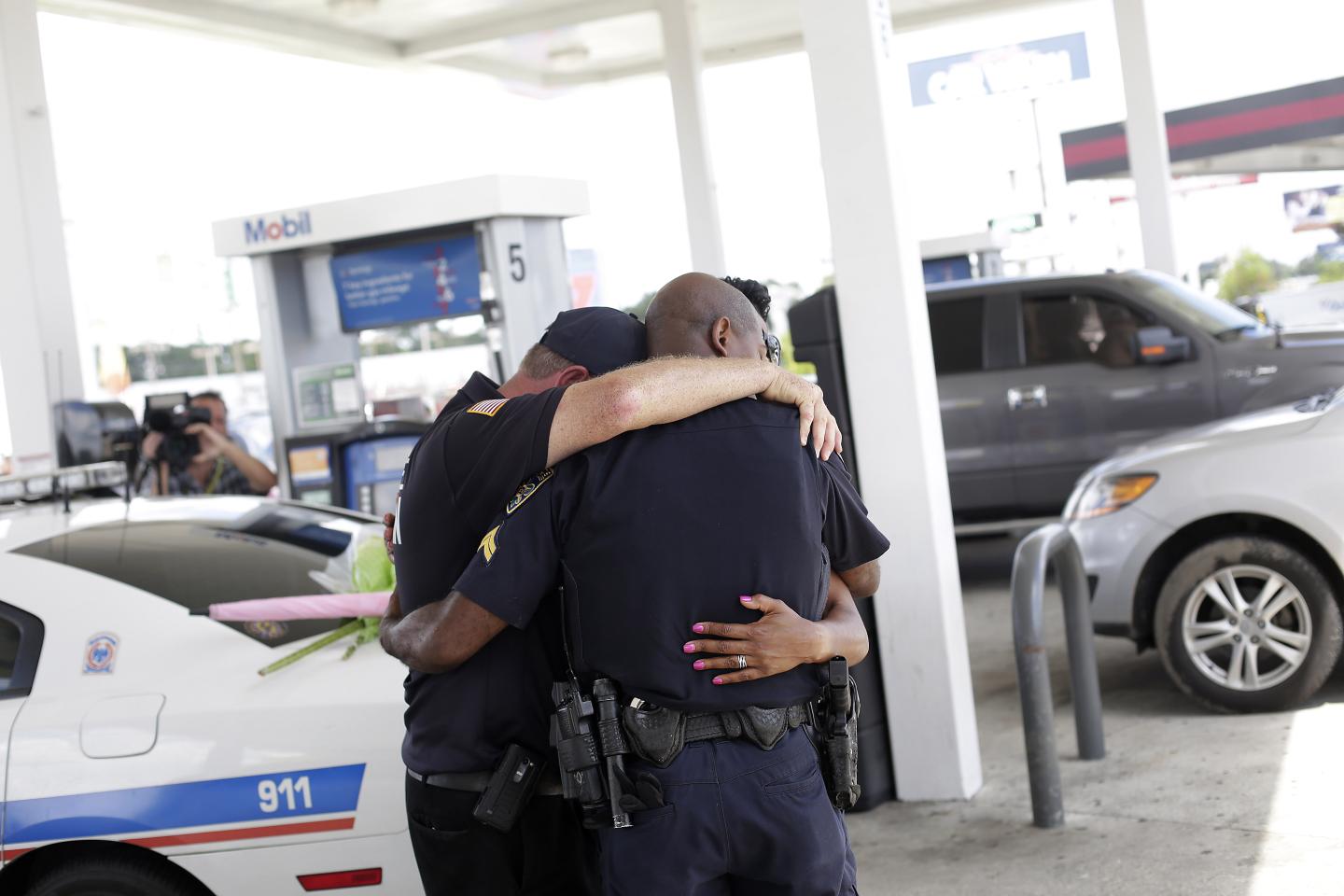 On July 6, Nakia Jones, a police officer in Warrensville Heights, Ohio, was awakened by her teenage son bursting into her room, on the verge of tears. “Did you see the shooting?” he asked. The day before, in Baton Rouge, Louisiana, someone had filmed two police officers tackling and then shooting to death a black man named Alton Sterling. The video showed in bloody detail how quickly an officer can take a life at point-blank range. The clip left Jones’s son, a straight-A student and captain of the school band, sad and confused.“Mom, not only am I afraid of being shot by another black male,” she recalls him saying. “Do I also have to be afraid of somebody who wears the same uniform as you do?”

Jones says she is the first black woman to serve on her town’s force, and she understands the split-second decision officers have to make when they face a threat (her husband is also a cop). But as a mother of four girls and two boys, she also knows that the next young black man killed by police could be one of her sons. As she watched the Sterling video, she felt torn in a way that she hadn’t before, despite similar incidents. Other police killings seemed justified, she had told her children, but this one made her feel different, as if she had “half of my body in a uniform and half of my body in civilian clothes.”Jones was so upset she recorded a video on Facebook Live. “How dare you stand next to me in the same uniform and murder somebody!” she said, her voice growing louder as she lambasted racist cops. Her eyes filled with tears as she asked people to support good police officers and take a stand against the bad ones. The video now has 8 million views.The next few days were hard on Jones. First, an officer in Falcon Heights, Minnesota, shot and killed a black man—Philando Castile—after pulling him over for a traffic stop, another act caught on camera. Then came the retaliation: five Dallas police officers shot dead by a black gunman and former soldier who officials said had targeted white cops. Ten days later, another gunman, a former Marine, killed three officers in Baton Rouge.

“It’s almost like a nightmare,” Jones says. “My heart goes out to the families of Alton Sterling and the other man that was killed…. But then, at the same token, these are my brothers and sisters in blue. Now they're families have lost [loved ones].“It feels,” she adds, “like I’m torn on both sides.”