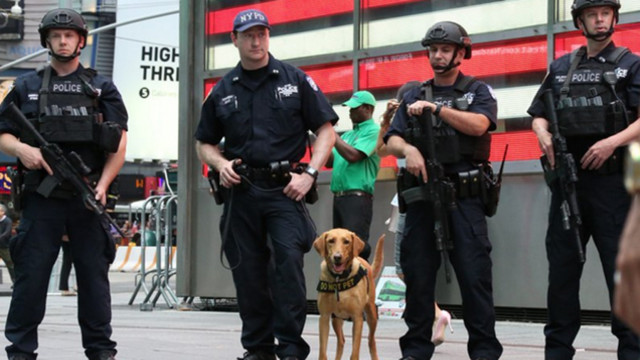 It is a rare celestial crossing that has both Hillary Clinton and Donald Trump spending election night not only in the same city, but barely more than a mile apart in midtown Manhattan -- and it is creating unprecedented security headaches for New York City.

Not since they sparred with each other on the debate stage have the Clinton and Trump orbits overlapped in this way.

Clinton is planning a big bash in a symbolically significant glass-roofed atrium that is part of the Javits convention center. Trump will be ensconced in a Hilton a mere 15 blocks away.

"Tomorrow, election day, brings with it a unique set of challenges. For the first time in modern memory, both major party candidates will monitor the results here in New York and will have election night parties in midtown Manhattan,'' New York Police Commissioner James O'Neill said Monday.

More philosophical about the election was New York Mayor Bill de Blasio, a Democrat. "It has been in many ways a challenging and painful year," he told reporters. "It stained our democracy. Tomorrow is the day when we get to make it right, when democratic process comes alive and people choose.''