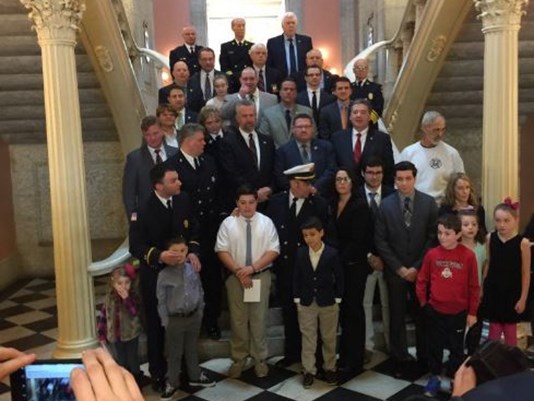 Ohio is now the 35th state in the nation to have cancer presumption legislation for the state's firefighters.

There are limitations to the law, but for those diagnosed with specific cancer linked to their hazardous duty, they can now receive worker's compensation benefits and medical treatment paid.

"Our first responders are our front line of protection. I support Senate Bill 27 because it supports the men and women who risk their lives on a daily basis to keep our community safe, healthy and strong."

The bill, known as the "Michael Louis Palumbo Jr. Act," is named in honor of a fire department captain from Beachwood and Willowick who was diagnosed in 2015 with brain cancer

Ohio's firefighters have fought for this law more than two decades.