by The World Bank 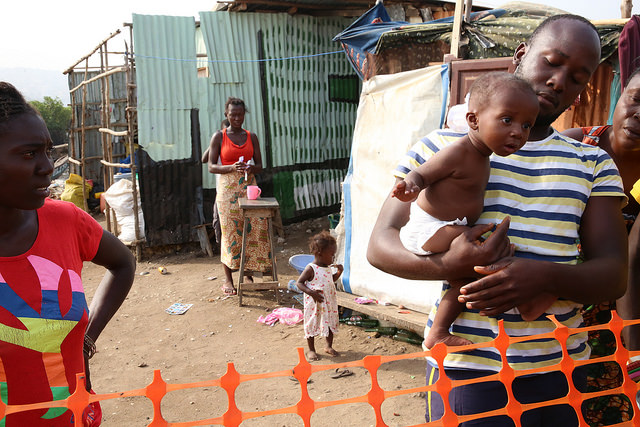 In February 2015, my village of Homa Bay County in Kenya experienced a cholera outbreak, claiming the lives of 17 people and affecting nearly 700 others. It was not our first cholera outbreak but it took a devastating toll, not just in my village but in nearby communities, too. As an epidemiologist and a public health professional, I was struck at the lack of capacity to rapidly detect the outbreak and contain its spread. Cholera’s symptoms are generally well understood making it easier to diagnose and treat than many diseases, but even still it took a deadly toll.

It was during this same time that an Ebola outbreak was wreaking havoc in West Africa, where eventually the disease would kill 11,000 people and destroy the lives of countless others. But some of the reasons the disease wasn’t stopped sooner were the same as in the cholera outbreak: limited laboratories; weak surveillance systems and insufficient human resources .

Over the past decade, infectious diseases like Ebola, Middle East Respiratory Syndrome (MERS), avian influenza and, more recently, Zika, have demonstrated the ability of pandemics to devastate communities through both extraordinary losses of life and severe socio-economic impacts. In 2008, the World Bank estimated that a severe flu pandemic could result in $3 trillion in global economic losses, equivalent to 4.8% of gross domestic product (GDP). Last year, the World Bank also published a report estimating that the three Ebola-affected countries of Guinea, Liberia, and Sierra Leone will lose at least US$2.2 billion in forgone economic growth in 2015 as a result of the epidemic.

A major lesson from the Ebola epidemic is that the world must be better prepared and respond much quicker to future disease outbreaks. In May 2015, the UN Secretary-General appointed a High Level Panel on Global Response to Health Crises. In its final report, the panel highlighted the need for simulated exercises to help strengthen and improve national and regional level preparedness planning when dealing with pandemics. While there is a rich experience of simulations related to security threats and humanitarian disasters, exercises related to infectious disease outbreaks and pandemics have been limited.