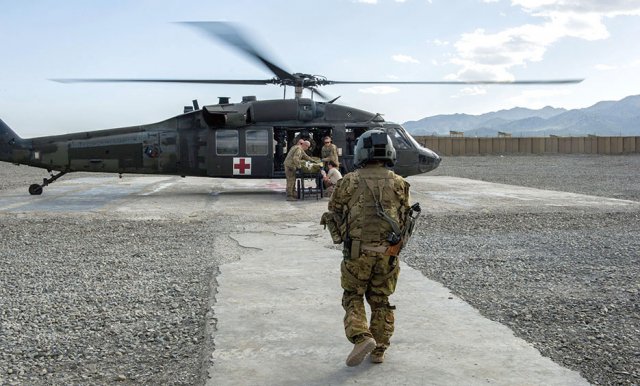 About 92 percent of Soldiers wounded in Iraq and Afghanistan have made it home alive, according to Lt. Gen. Nadja Y. West.

That's the highest percentage in the history of warfare, despite the rising severity of battle injuries from increasingly lethal weapons, said West, Surgeon general of the Army and commander of Army Medical Command. She spoke here on Thursday, Aug. 18, to the Defense Writers Group.

The survival rate in Vietnam was around 75 percent, she told her audience.

There are a number of reasons for improved survival rates, West said.

Soldiers, not just medics, are receiving much better training in lifesaving techniques, and Army medicine has continued to advance, she said. Another reason is that casualties are transported swiftly back to hospitals and receive excellent care en route.

Other contributing factors are less obvious, she said, like improved communication from the point of injury.

For example, a video teleconference line has been established between forces deployed in Afghanistan and Iraq back to Landstuhl Regional Medical Center, Germany, which is usually the first stop for casualties, she pointed out.