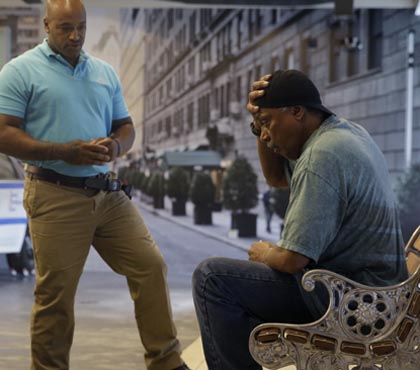 When someone is experiencing a mental health crisis, the people nearby often call 911, but those dispatched to the scene are often law enforcement officers and not mental health professionals, and that poses a conundrum for authorities, said Austin police Lt. Brian Jones.

Officers responding to these calls must be prepared for anything, even death. At least two deadly police shootings this year involved individuals who authorities later determined were experiencing mental health crises.

Few in the Austin Police Department would understand these challenging situations better than Jones, who helps oversee the teams of officers trained to respond to mental health emergency calls. He said the department has provided training for several officers on how to interact with people who are mentally ill and has partnered with local mental health agency Austin Travis County Integral Care.

Last year, Austin police fielded about 11,000 mental health calls, and more than 5,000 of those calls resulted in emergency detentions, Jones said. He spoke with the American-Statesman about the ways the Police Department prepares its officers to handle these situations.