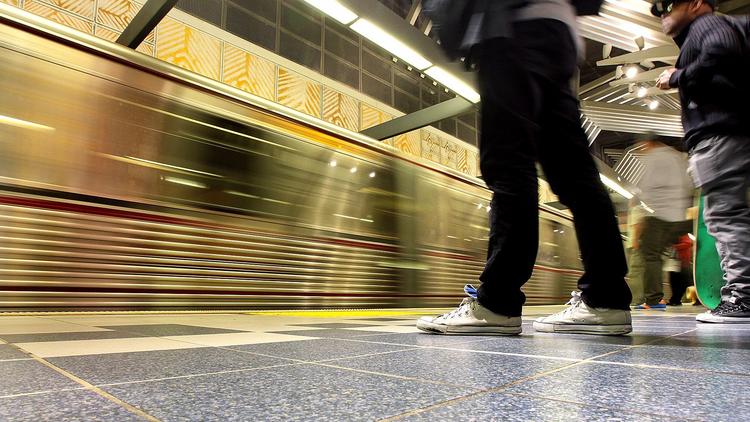 An overseas tip about an imminent bombing of the Metro Red Line’s Universal City station has forced federal and local law enforcement in Los Angeles to swiftly ramp up security across its sprawling transit system, authorities said Monday.

An anonymous man warned of a potential attack on Tuesday and provided the information on a tip line abroad, according to Deidre Fike, the assistant director in charge of the FBI's office in Los Angeles.

The tip line was run by an unidentified foreign government, which relayed the information Monday morning to an FBI terrorism task force. Fike declined to specify from which country the tip originated but said it was delivered in English.

At a hastily called news conference Monday night, the FBI as well as Los Angeles-area law enforcement leaders said the threat was considered specific and imminent, but investigators were still examining its credibility.