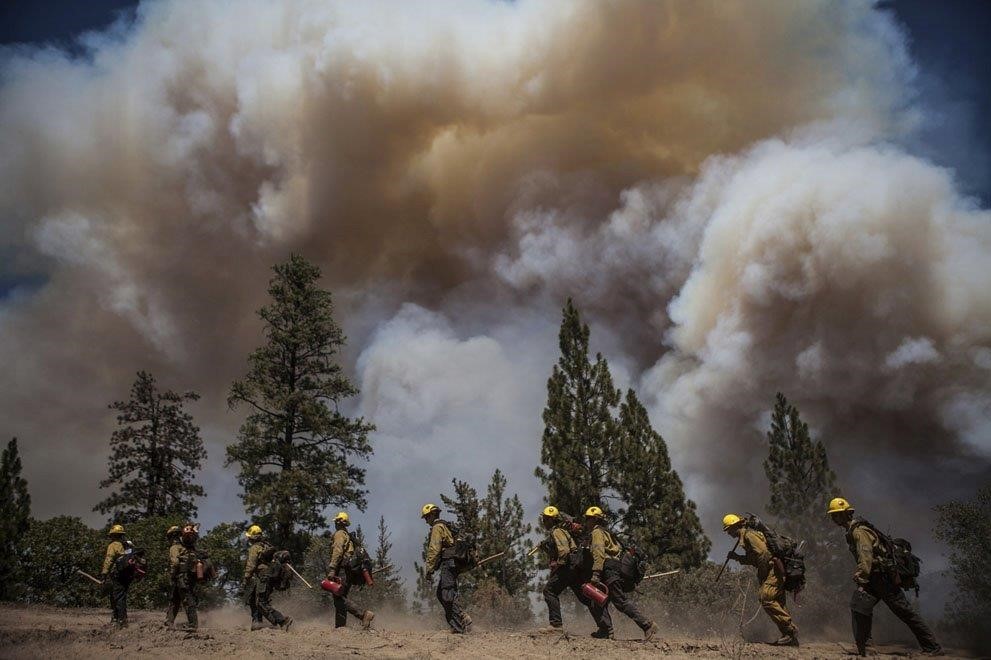 The Department of Homeland Security (DHS) Science and Technology Directorate (S&T) recognizes the struggle for wildland firefighters as they try to achieve a balance of personal protective clothing and heat safety.

The heat of the summer months add danger for wildland firefighters tasked with extinguishing blazes. Although their protective gear may offer protection from the thermal exposure risks of firefighting, the layers of personal protective equipment (PPE) can increase a firefighter’s body temperature to hazardous levels.

Overexertion, stress, and medical conditions accounted for nearly 60 percent of firefighter deaths in 2015. Fatalities from sudden cardiac arrest ranked at 51 percent. A 2008 study by the Firefighter Life Safety Research Center at the University of Illinois at Urbana-Champaign concluded that fatalities from heart attacks, slips, trips, and falls appear to be linked to heat stress, a situation that might be alleviated by reconfiguring and enhancing firefighter PPE.