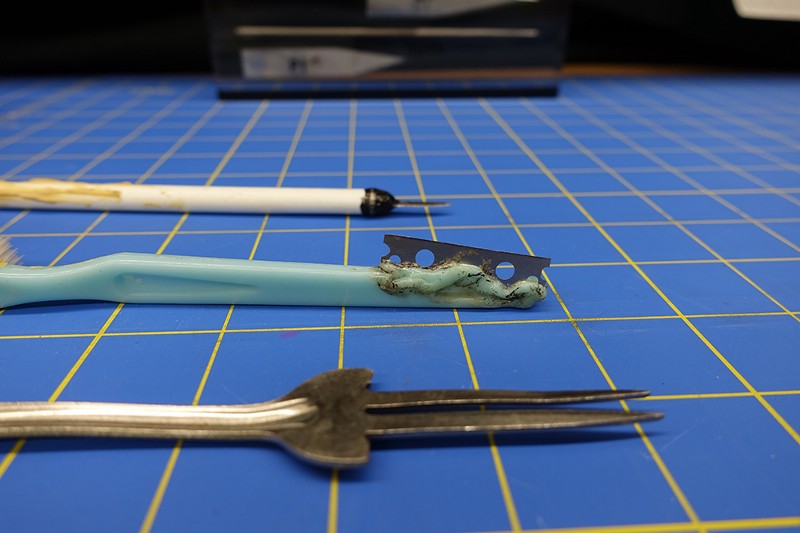 As I peer into the cardboard box NIST researcher Amanda Forster holds out for me, I can’t help thinking that this mild-mannered materials scientist has an impressive collection of shivs. The handmade prison weapons include a ballpoint pen with a razor embedded in the shaft and a toothbrush — originally designed to be gentle on your gums — that’s been re-engineered to easily puncture flesh. They are vivid evidence of a scary fact of prison life: anything can be turned into a weapon.

Corrections officers wear stab-resistant body armor that’s usually made from fibers of extremely strong material such as Kevlar, just like the ballistic body armor worn by police or military personnel. But because ballistic armor is designed to stop fast-moving bullets and stab-resistant armor is designed to stop objects propelled only by a human arm, they differ in how they are woven.

Forster and her colleagues are using the confiscated weapons to develop standards for stab-resistant body armor. She shows me the lab where they test the body armor by dropping a standardized sharp object such as a spike, knife, or improvised weapon (like a shiv) down a tube from varying heights onto the armor sample. Beneath the armor they place foam, also standardized, that stands in for the human body. A very flat human body.

Spend enough time around scientists, and you learn that research can often take an unexpected turn. This was the case when Forster and her coworkers learned about the changing demographics of corrections personnel and their work went in a whole new — and unexpectedly challenging — direction.